The last of my Shiro haul. I haven't been using a lot of eyeshadow lately, so I decided to try one of the Holiday glosses released over Christmas. I got eyeshadow samples as well. 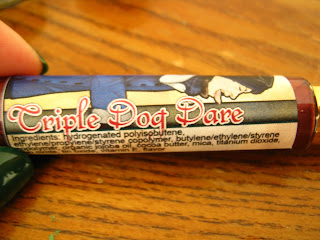 Continue>>
Posted by Jade Carver at 9:29 AM 2 comments: Links to this post

I purchased the original version of the Garnier BB Cream and liked it, however I found that I had to use setting powder a couple of times today because it oxidised, and also my face got pretty oily under the richness of the cream. When I saw an ad for a combo/oily skin version I was eager to try it. 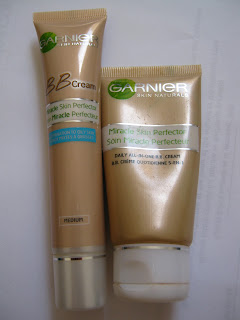 Continue>>
Posted by Jade Carver at 9:39 AM No comments: Links to this post

My collection is almost complete! I had a heck of a time finding this. Rhubarb and Rose are either very unpopular or extremely popular colours, they're never there when I go looking for them. They only seem to be in certain Pricelines, and when I went to Myer to find them, I found out they haven't been in stock at Myer for about 6 months?!

Continue>>
Posted by Jade Carver at 9:34 AM 2 comments: Links to this post 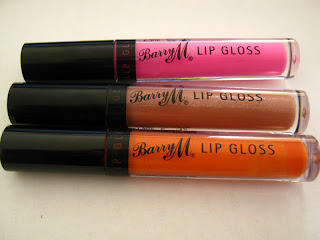 Continue>>
Posted by Jade Carver at 10:00 AM 2 comments: Links to this post

It finally happened, I finally went to Inglot! I didn't have a lot of money to throw around so I decided to limit myself to one flaky polish. Since I already have Nubar 2010, a green-orange-gold-red flaky, I decided to go with something bluish. I don't remember what I paid for this tiny bottle but it was around $14. 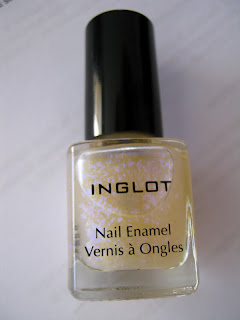 Here it is over black: 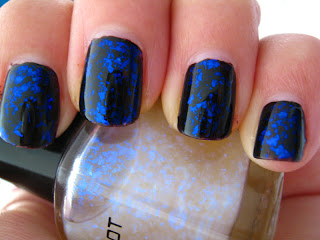 The only thing I would say about this flaky is that it doesn't show up over light colours very well. I actually wasn't that impressed with it until I tried it over black (and then I drooled a bit). It's a very decisive duochrome - it either looks blue or it looks purple, none of this intermediary, multi-coloured stuff. It's also PACKED WITH FLAKIES. After using the Australis Speck-tackular, which has a super-thick base and sparse glitter, I found this almost hard to use. The base is thin and the flakies almost want to overwhelm your nail (doesn't really help that I have nubbins right now). I thought it might even be bumpy due to the thin texture, but a coat of Revlon Speed Dry and it felt completely smooth.

I really wish Inlgot named their colours instead of numbering them, it would make searching for swatches SO much easier! I'm definitely interested in trying more Inglot, it will just have to wait until I have income again, and until I can get up to their location (there's only one shop in Perth and it's pretty hard for me to get to).

Posted by Jade Carver at 10:10 AM 2 comments: Links to this post